The Daughters of the Sacred Heart present in Italy since 1831 carry out their services in five Regions with 11 religious communities. Our activities are expressed with the commitment to evangelization and human promotion. The main activities are educational ministry in schools, boarding schools, hostel for women, pastoral ministry, catechesis, liturgical animation, ministers of the Eucharist, assistance to the sick, visits to the sick, reception and counselling centre, shelter for the women and children.

We present in Albania since 1996, the DSHJ are dedicated to the human promotion of the Albanian people, women and young, the education of children in kindergarten, the catechesis of young people, children, adults.

The DSHJ present in this great country since 1931, with their missionary activities in three States of South Brazil with 26 communities, including communities operating in ARGENTINA since 1949, in BOLIVIA since 1996, in Paraguay since 2009. In addition, we present in the Northeast and Center East of Brazil since 1970, with 11 communities in six states. There are numerous activities of evangelization and human promotion both in the cities with schools, hospitals, training centers, educational social centers, and shelter for the peripheral children. In addition, we work among poor people those who are “landless”, in the Amazon with the collaboration of lay people and volunteers.

HEART OF JESUS AND MARY VICE-PROVINCE

DSHJ present in the Central African Republic since 1970, in Cameroon, since 1999, in the Ivory Coast since 2006 and in the Democratic Republic of the Congo since 2009. The missionary activities of the DSHJ are open on various levels: literacy, promotion of women, care and assistance in the dispensaries, above all recovery of physical handicaps, rural animation, pastoral ministry and catechesis.  Since 2016, an international community has opened in Pemba (Mozambique) with the intention to go further inland as soon as possible, where there is no religious presence and where there is need for human promotion, and exactly in Meluco, that is 250 km away from the city.

DSHJ present in India since 1980, and today can count on 14 communities: Kerala (1980), Karnataka (1989) and Maharashtra (1999), Andhra-Pradesh (2010) and Chhattisgarh (2013) and are involved in social and pastoral activities in favor of those in need. They carry out their mission through catechesis, education and training for young people, the help and orientation of mothers, assistance to elderly people specially those who are mentally sick, health care and visits to families and hospitals, orientation for the poor in the villages, orphanage for the girls and education in the school.

The two communities in Europe are Ortona (CH) in Italy (2006), with a strong inclusion in the pastoral activity and Scheinfeld in Germany (2017) for a hospital service. 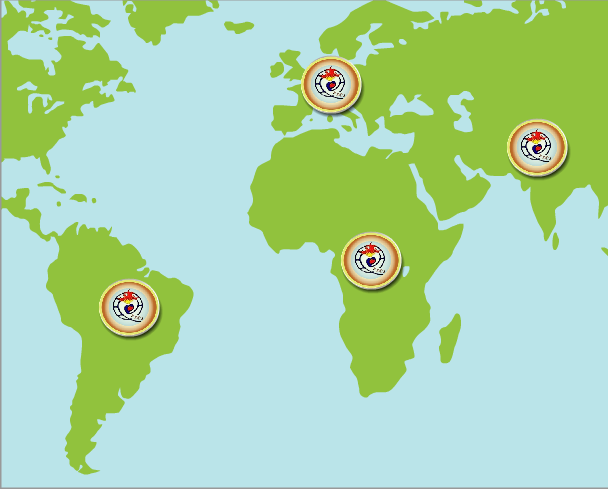 The Alamis Al@mis Onlus is a non-profit-making Associative voluntary organization, governed by a Statute. The Association aims to pursue the goals of social, civil and cultural solidarity that are identified in the primary purpose of perfect charity and...